If there is a word one could correlate to the Philippines, it would be paradise. The tropical country found in the easternmost part of Southeast Asia is known for its gorgeous beaches, majestic summits, colorful festivals, and hospitable locals.

Boasting almost 7,641 islands, the Philippines is known as the second-largest archipelagic country in the world, next to Indonesia. It was once believed that the Philippines has 7,107 islands but was recently debunked by local geographic experts.

But, who knows? We might actually find more islands inside the country’s territory!

For now, though, we’ll focus on the information that we do have.

The Philippines is made up of three major groups of islands–Luzon, which is home to the country’s biggest cities, Visayas, where the best beaches are, and Mindanao, which is abundant in biodiversity and natural resources.

In this article, we’ll talk about some of the must-visit islands in the Philippines, random facts about these island provinces, and the best time to visit them.

Luzon is the largest island in the Philippines, covering over 8 regions and 30 provinces. Here’s where you can find the country’s capital city—Manila, and other famous destinations like La Union, Baguio, Baler, Pampanga, and the like.

Most of the provinces in Luzon are landlocked, but the places near the sea are undeniably the best places to go when you want to unwind without having to board a plane. 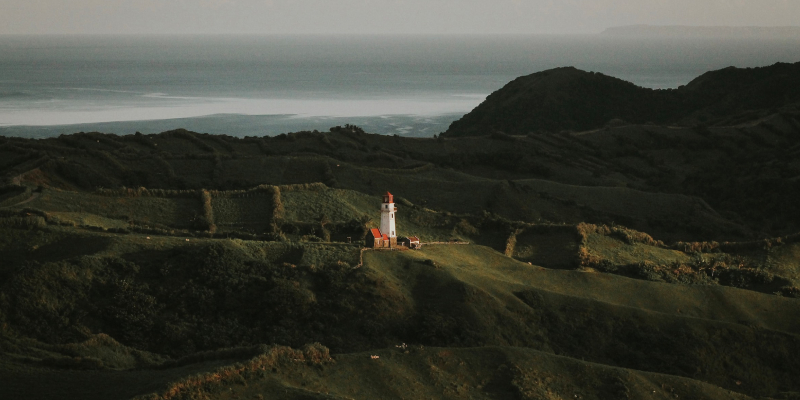 The island province is uncontested as being one of the most picturesque islands in the Philippines, with rolling mountains, stunning summits, and gorgeous beaches.

Palawan is a natural beauty. Tourists flock to the island all year round, visiting either Puerto Princesa, El Nido, or Coron. This island province is home to stunning limestone formations, shipwreck sites, and the world-famous underground river.

What most people don’t know, however, is that Palawan has almost 1,700 islands and islets in its area. 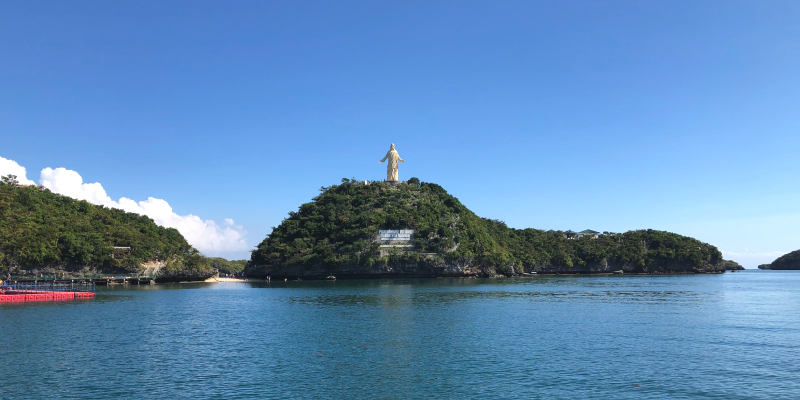 Out of the 7,000+ islands in the Philippines, would you believe that a hundred of them are found near Alaminos, Pangasinan?

This group of islands is a national park and a protected area, but four of them are open to the public for swimming, diving, and other water activities. In total, there are 124 islands in the area.

If you want to experience colorful festivals, rich culture, and breathtaking scenery, you should go to the Visayas. In fact, the group of islands is popular among foreigners and Filipino travelers because of what it could offer.

The Visayas is home to Cebu, Bohol, Negros, Iloilo, Dumaguete, and so many more cities and beautiful provinces.

Just a half-hour drive away from Tagbilaran City is Panglao Island, the southernmost town of Bohol. It’s known for its white sand beaches and gorgeous diving areas, but if you’re not one for lounging under the sun, you can also visit various parks, caves, and historical sites. 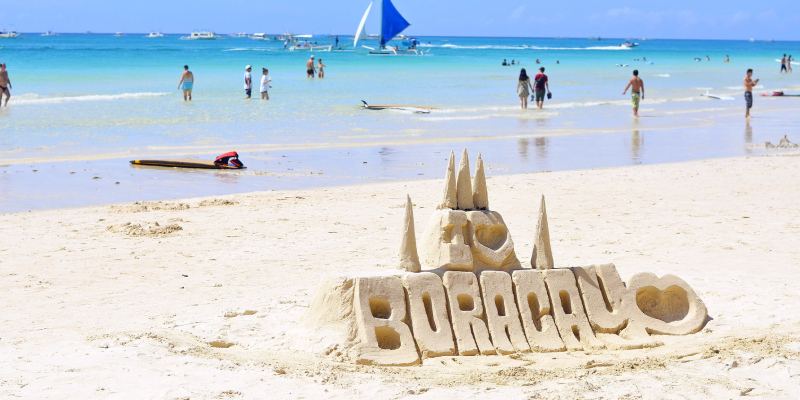 Boracay is one of, if not the most, famous beaches in the Philippines. It’s known for its majestic sea, fine, white sand, vibrant nightlife, and fun water activities. But what makes Boracay special is how warm and hospitable the locals are. 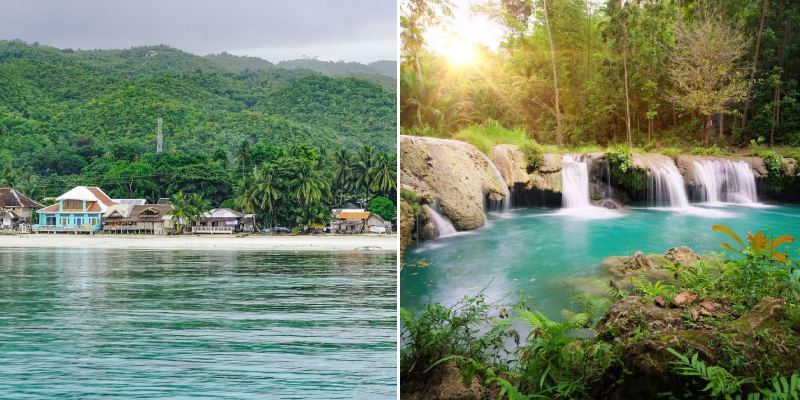 If you want somewhere laid back and not very crowded, Siquijor is the place to be. You can swim in the ocean, jump from a waterfall, drive around the island, or even get your palms and cards read! (Siquijor is known as the Magic Island of the Philippines!) 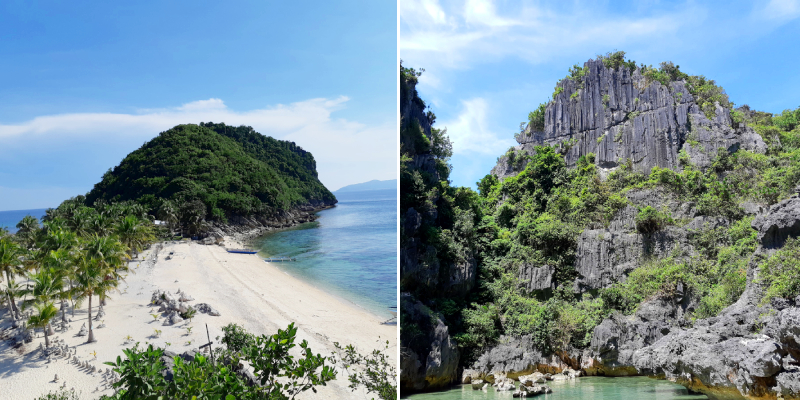 The Islas de Gigantes may be small, but the locals have giant hearts and the spots found there are world-class. This island chain has almost 73 caves, a saltwater lagoon, and gorgeous beaches that will make you never want to leave.

Mindanao is also known as the Land of Promise and for a very good reason! This second-largest island in the Philippines is known for its rich biodiversity, opulent culture, and abundance of natural resources.

It’s not as tourist-heavy as Luzon and the Visayas, but don’t get fooled! Hidden in its coastlines are clear waters and awe-striking beaches. 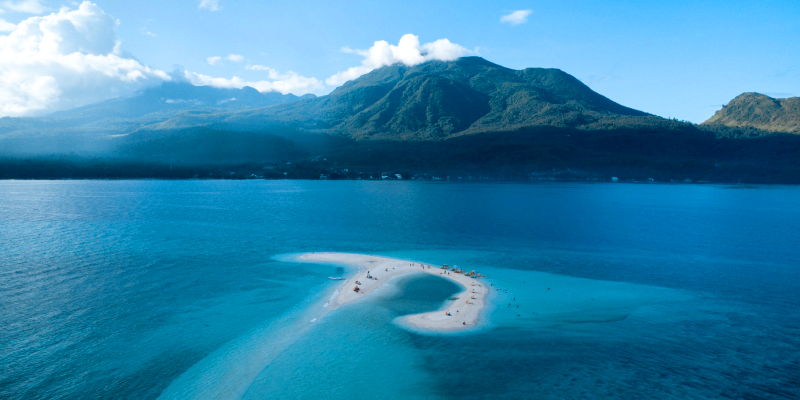 This small island off the coast of Cagayan de Oro is starting to gain popularity, and it’s definitely deserving of it! Camiguin is home to five municipalities and seven volcanoes (yep! You’ve read the right!). Here, you can visit nature parks, go swimming on White Island, lounge in the hot springs, or just drive around the small island.

Home to over 30 large hotels and resorts, Samal Island has been hailed as the largest resort city in the Philippines. Aside from spending your time at the beach, you can also go hiking, spelunking, and scuba diving!

Sacol Island is found a few kilometers off the coast of Zamboanga City. Although it’s not exactly hiding on the map of the Philippines, it’s considered a hidden gem by locals as it is not as popular as the other islands and beaches in the country. It’s got white beaches, luscious beach forests, and stunning scuba diving areas.

Found in the northern part of Surigao del Norte is Dinagat Islands, an island province with breathtaking tourist spots. Hidden in its midst are beaches, lakes, caves, and other nature spots! It may not be as popular as the other islands in the country, but it still has a lot of enchanting places to offer. 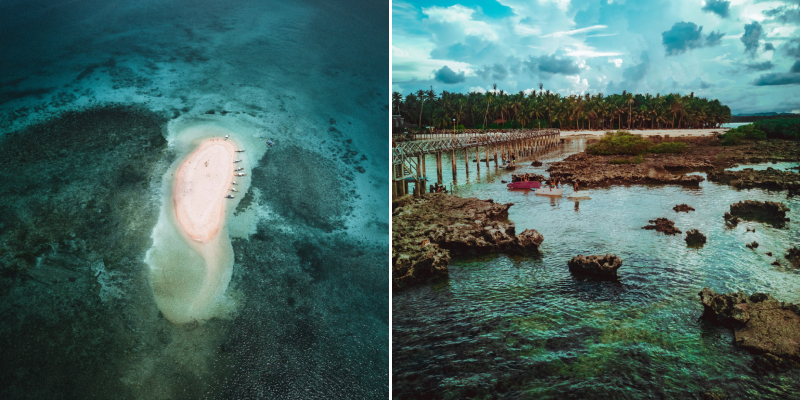 Every traveler should visit Siargao, at least once in their lives. The small island off the coast of Surigao del Norte is considered the Surfing Capital of the Philippines. It’s also home to great diving spots, lagoons, and pristine beaches.

Islands of the Philippines Facts

There are almost 300 volcanoes in the Philippines.

The Philippines, being situated in the Pacific Ring of Fire, has almost 300 volcanoes spread around the country, 24 of which are active. This abundance of volcanoes is also one of the reasons why the Philippines experience over 20 earthquakes a day. Don’t worry, though! Most of these movements are too subtle for people to feel.

Being an archipelagic country, the locals are bound to have different cultures, traditions, and languages. Each island, region, or province has its own language or dialect. The Philippines may have selected its national language, called Filipino, but the other languages in the country are still growing and flourishing.

When is the best time to visit the Philippines?

When you live in a tropical country, any time is a great time to hit the beach and visit these islands! The thing about the Philippines, though, is that it’s also a hotspot for monsoons and rainy weather. The country’s most rainy months are from June to October, with August being the rainiest month. On the other hand, the Philippines’ hottest and driest months are from February to April.

The Philippines, with 7,641 islands and islets, has innumerable beaches, lakes, lagoons, and other bodies of water you could think of. The best part of being in an archipelagic country is that it doesn’t matter where you are–all of the tourist places in the Philippines are nothing short of paradise.

All that’s left for you to do is take that leap, book that ticket, and enjoy everything the Philippines can offer!

Kat is a writer, traveler, and a foodie. If she’s not cramming her finals, you can find her reading the latest contemporary romance novels, binge-watching some doctor show on Netflix, or planning her itinerary for her next hypothetical trip with her friends. 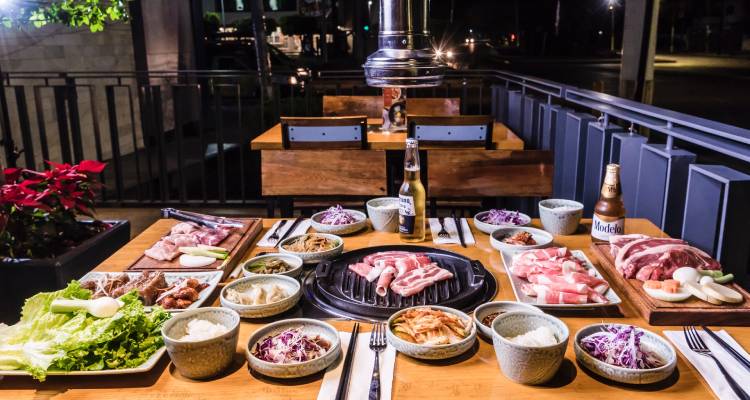 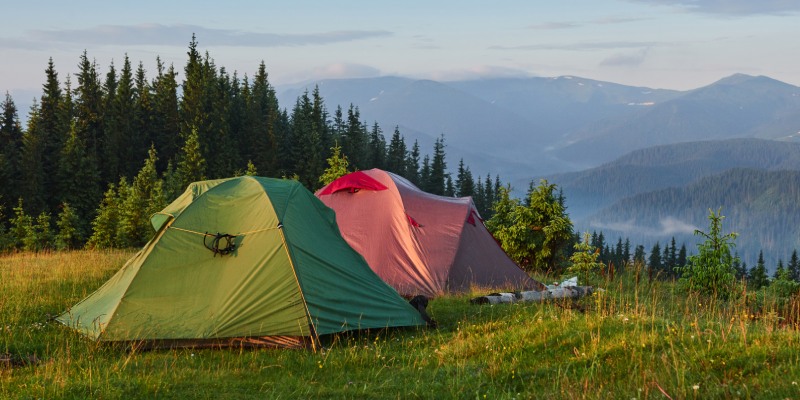