One of the things that people love about Baguio City is the cold weather. What most people don’t know, however, is that it’s not all chill weather and not-so-scorching sun. The lesser known aspect of the Baguio climate is its unpredictable weather, which goes back and forth between the sun and rain.

Here, we talk about Baguio weather, temperature, and a few tricks of the trade to prepare you for your next visit!

You get the sun in the morning and rain in the afternoon. Or vice-versa.

In Baguio City, weather is generally unpredictable. There are time when you get a relaxing day of sun, and some days you get the overwhelming, constant pour of rain, and there are days when you get both. Sometimes, you’ll wake up with the sun by your window and leave work drenched in the rain. Make sure to bring a jacket and an umbrella, so you’ll be equipped, whatever weather there is.

It is generally 8° colder than the rest of the Philippines.

Atok, Benguet, home of the famous Northern Blossoms Farm, once had its temperature drop to 6°C in 2021, which was the lowest temperature ever recorded in Benguet. Farmers, who are now accustomed to frost and low temperatures, have now created strategies to avoid damaging their crops.

Baguio’s hottest month is in May, with an average of 25°C.

Can you believe that Baguio’s temperature in the summer peaks at 25°C? Neither can we, but you’ve got to believe it! In comparison, walking around Baguio at this temperature feels like walking around an air-conditioned or a well-ventilated room. It’s also the time for locals and tourists to don their #OOTDs without their outfits being ruined by their jackets.

Baguio mornings can go as low as 8°C s from November to February and 15°C in other months.

It’s undeniable that the lowest temperatures can be felt in the wee hours of morning, where vehicles rarely cruise down the street and people movement is at its lowest. If you spend the holidays in Baguio, you might feel the temperature go as low as 8°C in the mornings. In the summer, on the other hand, you might wake up with 15°C weather.

During the rainy season, you might not even see the sun for weeks.

It has been a long running joke that Baguio folk get out of their mancaves when the sun shines, and it’s true! During the rainy season, the sun may not even make an appearance because of the dark rain clouds and heavy fog that engulfs the city. As a consequence, people tend to remain inside their homes unless it is very necessary to go out.

Transportation can be a real hassle when it’s raining.

As is every place in the Philippines, transportation can be a great inconvenience, more so when it’s raining. There are two main means of transportation in Baguio-taxi cabs and jeepneys, and it would be best to expect that if you visit on rainy days, you’d have a hard time getting to and from places. It is, however, a good thing that Baguio is a walking city, so make sure to equip yourself with a pair of sneakers you can wear while exploring the city.

As we’ve mentioned above, the weather in Baguio City is somewhat unpredictable. The best way for you to still enjoy your visit would be to bring an umbrella. Fair warning though! There are a lot of umbrella burglars in the city, so make sure to keep an extra eye out for your protective rain gear.

Double layering your clothes is a life-saver.

If you’re not sure whether you’re going to get the sun or the rain for the day, the answer would be to double layer your clothes! For Baguio folk, this means putting a jacket over a long-sleeved shirt, or putting another layer on top of your jacket. It’s your choice, really! Anything to keep your body warm from the freezing cold of the city.

Clothes being sold in the Night Market are generally cheaper when it’s raining.

Here’s a top-secret not everyone knows about: clothes sold in the Night Market are cheaper when it’s raining. Less people visit Night Market during rainy days, so vendors tend to lower their prices to lure shoppers to buy their clothes for sale.

Now that you’re equipped with knowledge about Baguio City’s weather, perhaps you’re now ready to brave the sun or rain! Grab your friends and spend a rainy weekend in Baguio and tag us in your rainy-day photos!

Kat is a writer, traveler, and a foodie. If she’s not cramming her finals, you can find her reading the latest contemporary romance novels, binge-watching some doctor show on Netflix, or planning her itinerary for her next hypothetical trip with her friends. 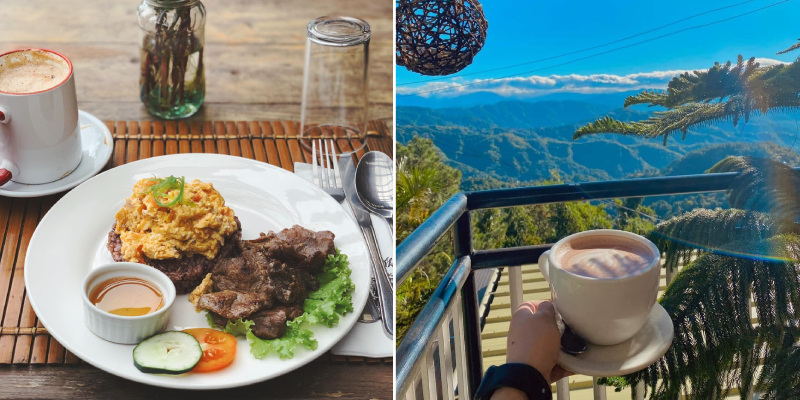 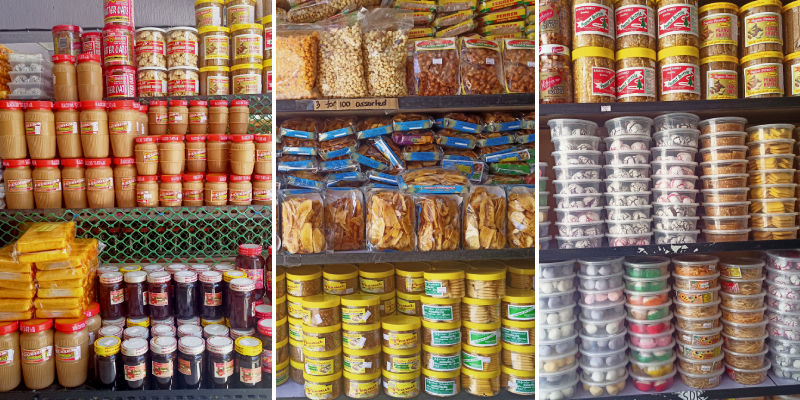